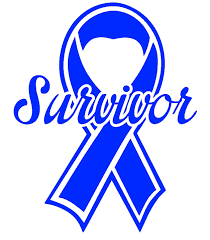 In the Fall of 2013 I helped open the new Germantown Wegman’s store as the Deli Manager.  At this time I had Colon Cancer.  I did not know this.  I was 56 years old.

Standard operating procedure for people who reach 50 years old is to start having colonoscopies. Obviously I did not do this.

Most colorectal cancers develop first as polyps, which are abnormal growths inside the colon or rectum that may later become cancerous if not removed.

As a child of a physician we are not the best at seeking out medical attention or doing preventative care.  Growing up if I felt bad I called my Dad and he would  call one of his friends. This friend would fit me in and diagnose and prescribe what I needed.

Right before I left for College I had my wisdom teeth removed.  I got an infection.  On Labor Day weekend my dad called one of his friends who was an oral surgeon.  I met him at his office and he took care of the problem.

When I was 25 I had pain in my side.  Thought it might be my appendix.  My dad called my godfather who was a surgeon.  It turned out to be an intestinal obstruction.  My godfather operated and it was fixed.

So as you can see growing up medical care was on demand not preventative. I was a healthy person who was physically active, I didn’t go to doctors unless I had to.

As I look back on the time between the Fall of 2013 and June of 2014 (when I was diagnosed) I certainly had some of the symptoms.

I chalked it up to stress, getting old and of course anything but that I was sick.  Because I had never been sick.

My next blog I will recount my first colonoscopy and my diagnosis.  Below from the Colon Rectal Alliance is a list of symptoms and when to see a doctor.

Colorectal cancer (cancer in the colon or rectum) first develops with few, if any, symptoms. Be proactive and talk to your doctor. If symptoms are present, they may include:

A Change in Bowel Habits

Including diarrhea, constipation, a change in the consistency of your stool or finding your stools are narrower than usual

Such as cramps, gas, or pain and/or feeling full, bloated or that your bowel does not empty completely

Finding blood (either bright red or very dark) in your stool

Can also accompany losing weight for no known reason, nausea or vomiting

Colorectal cancer symptoms can also be associated with many other health conditions. Only a medical professional can determine the cause of your symptoms. Early signs of cancer often do not include pain. It is important not to wait before seeing a doctor. Early detection can save your life.

When to See a Doctor

These symptoms can also be associated with many other health conditions. Only a medical professional can determine the cause of your symptoms.

Early signs of cancer often do not include pain. It is important not to wait before seeing a doctor. Early detection can save your life.

Remember, the most common symptom is NO symptom, which is why we call it the silent killer. If you’re 50, average risk, get screened! #screenbrave